The internet has changed nearly every aspect of our culture, but it isn’t the solution to every kind of problem. Censorship and government control is a serious issue, for example. According to Freedom House, global internet freedom is on the decline. The internet may not be as indestructible as we typically believe it to be, either. According to Harvard University scientist Avi Loeb, a solar superflare of the same intensity of the one that happened in 1859 could easily knock the internet offline and fry most of the world’s power grids and computers in the process.

Fortunately, not all communication technologies are as fragile or as easy to restrict as the web. Ham radio transmissions, for example, are in many ways more difficult for governments to stop. In addition, ham radios are more robust because they don’t require any type of infrastructure. In other words, individual ham radio devices can send signals without the aid of fiber optic cables, telephone lines and other similar hardware. Portable handheld ham radios are even more versatile because they can run on battery power. Keep reading to learn about five of the best handheld ham radios on the market today.

Here are the best handheld ham radios you can buy: 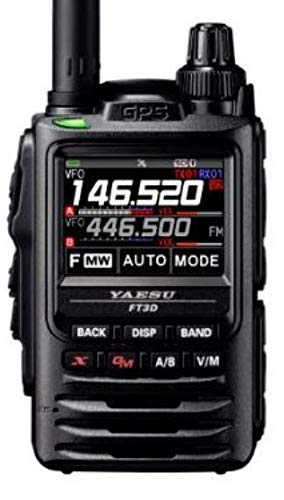 The Yaesu FT-3DR combines ham radio features with internet connectivity. You can use it to stay up-to-date with news, or send text messages, pictures and pre-recorded audio files. Another nice thing about the FT-3DR is that it is waterproof enough to withstand rain, spills and splashes.

Yaesu’s FT-3DR might represent the future of ham radio technology. Through the use of Wires-X, you’ll enjoy extended range as well as the ability to send and receive media files. The 2200 mAh battery holds more energy than most handheld ham radios and allows for extended talk time. The IPX5 waterproof rating is another strong benefit.

The best Wires-X handheld ham radio for the money 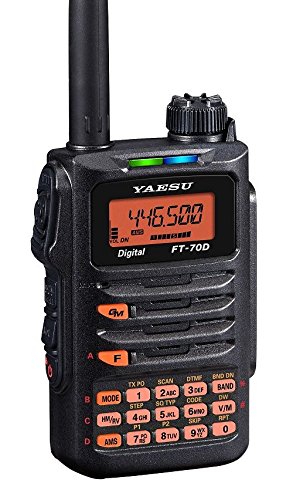 The Yaesu FT-70DR is a low-cost alternative to Yaesu’s premium Wirex-X enabled handheld ham radios. While the FT-70DR doesn’t let you send media files, it can still connect to internet-enabled repeater stations. This means that you’ll be able to pick up signals that ordinary handheld ham radios can’t access. It’s sturdier than most other handheld ham radios, too. The IPX54 rating means that it’s built to resist both dust and water splashes.

The Yaesu FT-70DR is equipped with Yaesu’s cutting-edge Wires-X feature, but it can’t send or receive media files. But when it comes to classic ham radio features, the FT-70DR hits most of the marks. The fact that it’s built to withstand both water splashes and dust makes it a good choice for outdoor use.

The most user-friendly handheld ham radio for beginners 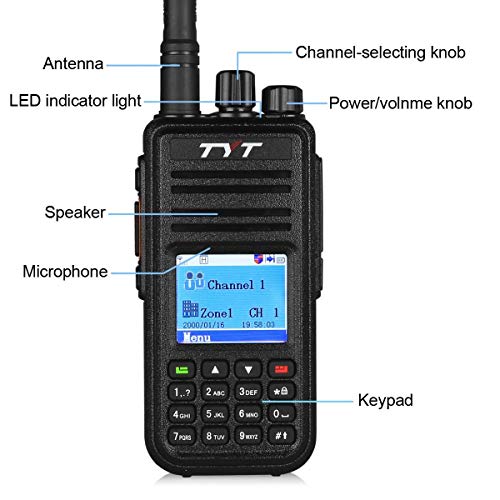 The TYT MD-380 seems to have been designed with ease of use in mind. The menu button on the top left part of the keypad is the key to the interface. It lets you pull up the main menu from any screen. Another attractive feature is the MD-380’s surprisingly powerful speaker. Fans of this handheld ham radio generally agree that the audio quality is quite good.

The TYT MD-380’s simple and easy-to-use interface is one of its best features. This, combined with its reasonable price point, makes it a good starter ham radio for newbies. Since you can easily create clones through the use of the included programming cable, it’s also a good ham radio to use for group communications and business applications. 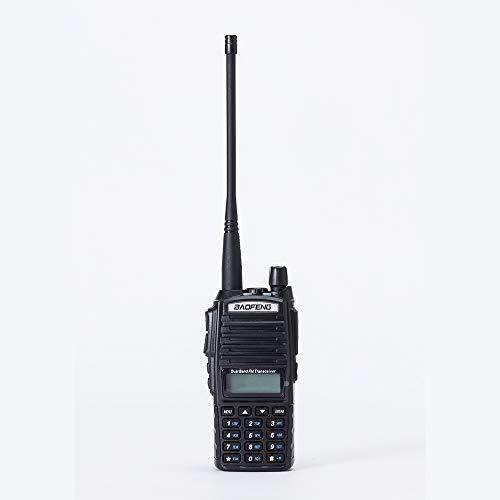 Three words summarize the BaoFeng UV-82HP: inexpensive, yet powerful. While it lacks some of the cutting edge features found in premium handheld ham radios, it partially compensates for this with its eight-watt transmitter. Another thing to like about the UV-82HP is its slim form factor. Since it has a built-in LED flashlight, you can use it to find your way around when power outages occur. However, the lack of waterproofing limits is usefulness in outdoor situations.

Rated at eight watts, BoaFeng’s UV-82HP handheld ham radio is one of the most powerful ones we’ve seen so far. Given the device’s impressive wattage specification, the low sticker price comes as a pleasant surprise. The main catch is that it only supports semi-duplex communications. In other words, conversations cannot take place simultaneously in two directions.

The Icom 51A PLUS2’s biggest attraction is its built-in GPS antenna, which lets you send your position to anyone in the world. You can even program the 51A PLUS2 to automatically send out your coordinates to anyone who calls you. The main downside to consider is the 51A PLUS2’s somewhat disappointing battery performance. If you need more than 4.5 hours of usage time, you may want to consider purchasing an extra battery pack.

If you’re looking for a handheld ham radio that can potentially save your life, Icom’s 51A PLUS2 is a good place to begin your search. It has a built-in GPS antenna, which you can use to send your location to anyone within range. This extra functionality adds to the sticker price, though.

The most cutting edge handheld ham radios can use the internet to assist with communication. Each internet ham radio standard has different pros and cons. Some internet-capable ham radios can send and receive media files, while others can’t, for example.

Generally speaking, the larger capacity a battery has, the more use time you’ll get. Battery capacity can range from 1200 mAh to 2200 mAh. However, there are some exceptions to this rule of thumb, so be sure to check the specification sheet before you finalize your purchase if battery capacity is a priority. The actual amount of use time you’ll get depends on power saving features and a variety of other important factors.

If you plan on using your handheld ham radio outdoors, you’ll definitely want to consider your prospective device’s waterproof rating before you buy. If your ham radio isn’t waterproof, you’ll be out of luck if it happens to rain and you have nowhere to go.

Most handheld ham radios have expandable microSD storage slots. You usually get a microSD card in the box. However, you can use any standard microSD card to store your data. If you plan on making lots of recordings, you may want to invest in a large capacity microSD card. Otherwise, the microSD card that comes with the kit will probably suffice.

Premium handheld ham radios come equipped with built-in GPS antennas. If your handheld ham radio has a GPS feature, you’ll be able to send out your location data to anyone within range. GPS capability can potentially save your life if you find yourself in need of reducing while adventuring in off-the-grid locations.

Most handheld ham radio manufacturers only offer one color option, but there are some exceptions to this rule.

If you’re willing to spend about $200, you’ll be able to get a handheld ham radio that has better reception and battery longevity.

Some premium handheld ham radios in the $400 price range are able to interface with the internet. Higher quality antennas, larger speakers and proprietary software provide for improved audio quality. High-end handheld ham radios are usually tougher and more water resistant relative to their mid-range and budget competitors, as well.

Q: What do ham radios have in common with CB (Citizens Band) radios?
A: Ham radios and CB radios both rely on radio technologies. However, the similarity pretty much ends there. CB radio operators communicate over a single band, whereas ham radio operators have access to a wide variety of bands. Also, ham radios have much, much greater range capacities.

Q: What kinds of people use ham radios?
A: Ham radio users represent a wide variety of demographics. In addition to hobbyists, government agencies use ham radio frequencies to send out emergency messages. The fact that Reddit’s ham radio online community now consists of 73,000 members suggests that interest in ham radios may be increasing among young people.

Q: Do I need to get a license before I begin operating my handheld ham radio?
A: If you live in the United States, the answer is yes. The FCC’s entry-level ham radio operator license test consists of 35 short answer questions. The exam fee is typically around $15.