According to the American Transportation Research Institute (ATRI), traffic jams and slowdowns cause huge financial losses across the trucking industry. In 2016, traffic congestion added $74.5 billion in operating costs. Traffic is also an issue for commuters. People who commute to work spend about an hour going to and from work each day according to CNBC. However, that figure can easily double or triple when accidents, construction and other issues cause traffic slowdowns.

The best way to avoid traffic jams is to use a CB radio to stay in tune with what’s going on around you. However, your CB radio is really only as good as your antenna. Even the newest, most cutting edge CB radio system will fail to pick up CB broadcasts if there’s a problem with your antenna. Keep reading to learn more about some of the best CB radio antennas you can buy on the internet.

Here are the best CB radio antennas you can buy: 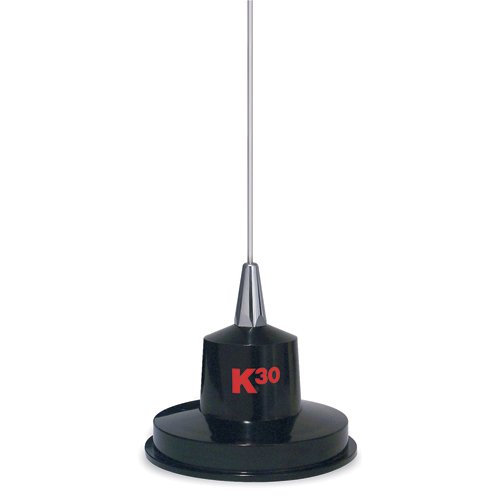 K40’s Model K-30 is one of the best base load type CB antennas out there. One of the main advantages of base load CB antennas is that they are easy to install. This one comes with a heavy duty 10-ounce magnetic base, so it’s unlikely to move around on your vehicle after you set it up. The reception is decent, but if you want better performance you may want to go with a center or fiberglass style CB antenna.

The K40 Model K-30’s extra large sized magnetic base is one of its key advantages, since it keeps the antenna firmly in place. If all you need is a basic CB antenna, it’s worth a closer look. Another plus is the five-year warranty, which shows that K40 is willing to stand behind its products. 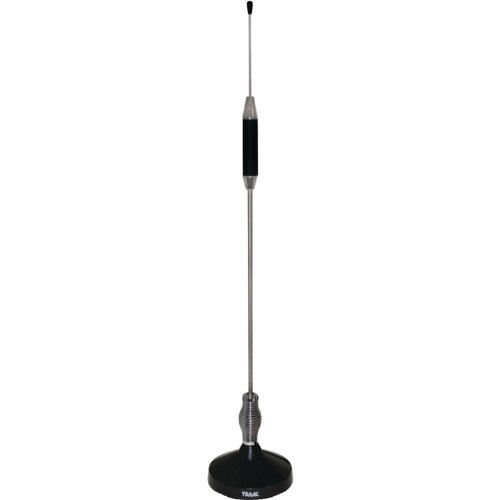 Truckers seem to appreciate center load style antennas like TRAM’s 703-HC. Measuring just 24 inches tall, the 704-HC might be a good option if vertical clearance is a concern. If it hits an obstacle, the shock springs at its base will help absorb the impact. Another nice thing about the 703-HC is that it comes with a magnetic mount, which allows for easy installation.

This center load CB antenna from TRAM offers better reception than most base load antennas, yet it’s more durable than your typical fiberglass CB antenna. This, together with its relatively small stature, makes it an excellent choice for truckers. The spring in its base is designed to absorb the shock of any accidental impacts. 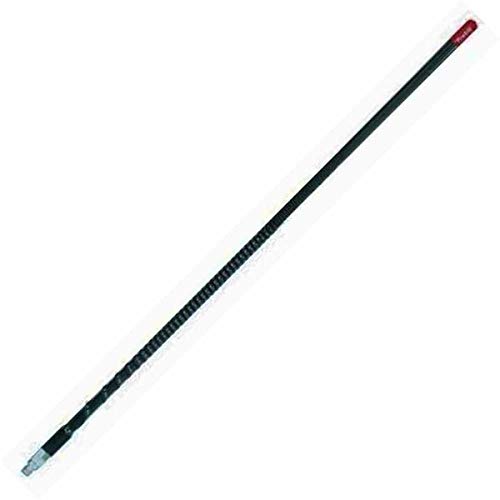 If you only care about communicating with CB radio operators that are located nearby, a base or center load style CB radio antenna will probably suffice. But if range is a concern, you may want to go with a fiberglass CB radio antenna like the FireStik FS-4BK. It’s extra sensitive and you can mount it just about anywhere. The five-year warranty provides additional value.

If you want to communicate via CB radio over long distances, the FireStik FS-4BK might be your best option. Fiberglass CB antennas like this one are known to have better reception than base and center load antennas. Another benefit is that you can install it pretty much anywhere on your vehicle.

The most rugged CB radio antenna

The TRAM NH-4-HC seems to have been specifically designed to endure the harshest weather conditions. Since it’s made mostly out of metal, torrents of rain, piles of snow and relentless sun won’t cause it to crack. The whip-style antenna is made out of stainless steel. If you run into an object with it, it may bend but it won’t break. However, there is one key disadvantage to consider: it doesn’t come with a mount. If you don’t already have one, you’ll need to get one. Fortunately, since antenna mounts come in standard sizes, you won’t have to worry about buying a special one from TRAM.

TRAM’s NH-4-HC CB radio seems to have been specifically designed to stand up against ice, wind, rain, sun exposure and other tough environmental conditions. The company’s promotional literature even indicates that it’s “made for industrial and large truck use.” The antenna whip is made out of stainless steel, which means that it will never rust and won’t break easily. 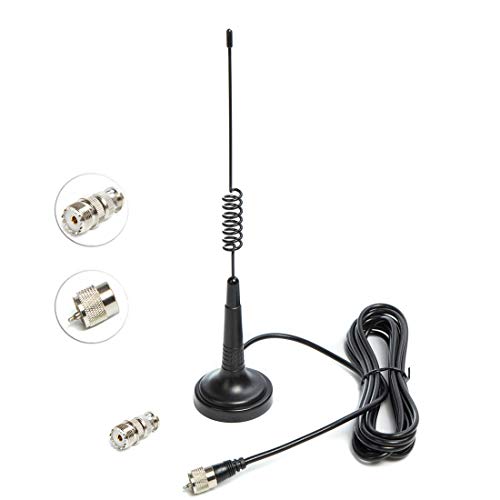 Measuring just 14 inches tall, the LUITON CB Radio Antenna is absolutely tiny compared to its 100+ inch competitors. This probably limits its reception to some degree. However, if all you want to do is communicate with other drivers that are sharing the road near you, it may be all you need.

LUITON’s 14-inch CB Radio Antenna is downright tiny compared to some of its competitors. However, this may work to its advantage in some ways. Smaller antennas are more convenient because they are less likely to smack into trees and other similar obstacles. Its magnetic base makes it easy to install.

Do you want a long range CB antenna or is ease of use more of a priority? Base load antennas tend to be a little less expensive and easier to use compared to center load and fiberglass antennas.

The length of a CB radio antenna can also impact performance. You can find CB antennas that are as short as 14 inches or as tall as 100 inches. The longer the antenna, the more cumbersome it is. On the other hand, long antennas tend to be more sensitive than shorter ones.

Some CB antennas come with tunable tips that can be quickly adjusted as needed during calibration. Others are harder to tune because and require you to shorten the antenna manually by cutting it down to size.

Whip-style antennas are designed to bend and this makes them slightly more rugged than fiberglass antennas. Some CB antennas have springs in their bases to absorb shocks.

Most base load style CB antennas come with convenient magnetic mounting systems. All you have to do to install one of these types of antennas is place them on the appropriate part of your vehicle’s chassis.

Virtually all CB radios are rated at four watts. Nevertheless, CB antenna manufacturers still advertise that their antennas are capable of handling hundreds of watts. An antenna’s maximum wattage may indicate that it’s of slightly higher quality. However, most experts seem to agree that when it comes to real world performance, the watt capacity of a CB antenna alone doesn’t make much of a difference.

Just about every CB radio antenna comes with RG-58 coaxial cable. However, some antennas come with more inches of cable than others. If you plan on installing your antenna in a semi-trailer truck or some other kind of large vehicle, you may want to take some measurements ahead of time before you finalize your purchase.

Our research indicates that steel antennas seem to last the longest. A CB antenna’s warranty length can be another indication of durability. Most manufacturers seem to be going with one-year warranties, but some are willing to back up their products for up to five years.

You can get a basic CB radio antenna for as little as $15. However, you may need to look out for various catches. For example, you won’t get many accessories at this price point and you may even need to buy a mounting system separately.

$25 CB radio antennas tend to be a bit more rugged and they often come with more and better accessories. They are also usually a bit longer and this makes them have better range.

Premium $40 CB radio antennas have excellent range, longer warranties and usually last quite a bit longer than their budget and mid-range counterparts.

Q: What is SWR?
A: SWR is an acronym that stands for Standing Wave Ratio. To put it simply, SWR measures how well your antenna is working. Ideally, you’ll want your antenna to have a 1:1 SWR reading. Any other ratio indicates that your radio is transmitting at a diminished capacity. For example, a 3:1 SWR reading would indicate that your antenna is only a third as efficient as it could be.

Q: What are the most common causes of high SWR readings?
A: Shorts, opens and improperly grounded setups can cause SWR to increase. Another factor that can cause SWR increases is coaxial cable issues. If your coaxial cable is frayed, your antenna’s performance will suffer. Sometimes repositioning a CB antenna can reduce SWR.

Q: Does the wire material inside of a CB antenna have any effect on performance?
A: Even though some CB antenna manufacturers advertise that the wires inside their antennas are made out of gold or silver, most experts agree that the materials used in CB antennas don’t make much of a performance impact.