Plumbers, builders, teachers, security professionals, event managers and many other types of workers have unique communication needs. Often, their jobs require them to be in constant communication with their colleagues. Cell phones are one option, but they aren’t always the right tool for this. Cell phone service creates an added expense for businesses and the necessity of dialing a number every time you want to get in touch can be a hassle, as well.

This is where two-way radios come in. Two-way radios are inexpensive, they don’t require service plans and they are very easy to use. By default, two-way radio broadcasts are public, which is a good thing for businesses because it lets teams collaborate quickly and effectively. But when it’s necessary to send a discreet message, you and your team can communicate via private lines. Set up is typically quick and easy, as well. Software cloning allows businesses to quickly set up an entire fleet of two-way radios. All these advantages help explain why demand for two-way radios is on the rise. According to business analytics firm Market Research Future, the market for two-way radios is expected to register a 10.14% compound annual growth rate in the years leading up to 2025.

Here are the best business-two way radios you can buy: 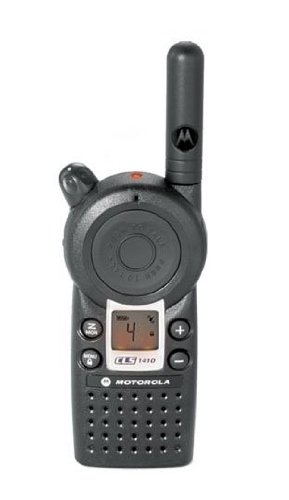 Motorola’s CLS1410 weighs half as much as some business two-way radios. Its lightweight design makes it ideal for security applications and other tasks that involve long shifts. Since it sends and receives UHF signals, it performs better indoors compared to VHF two-way radios.

The CLS1410’s lightweight design is its main advantage over other business two-way radios. Some can measure up to as many as 10 ounces, but this one weighs in at just over five. Another plus is that you can get up to 18 hours of usage time out of a single battery charge.

The business two-way radio with the most exclusive frequencies 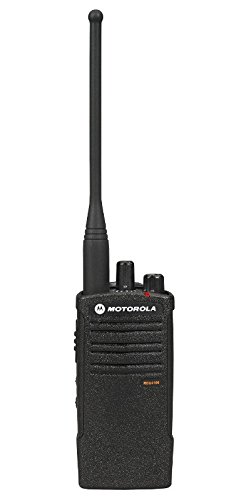 Business owners that are in need of a large fleet of two-way radios may want to look into Motorola’s RDU4100. Since you can switch between up to 89 business exclusive frequencies, it offers excellent expandability. The four-watt power output rating is an additional bonus. Higher wattage means clearer transmissions, improved range and less interference problems. 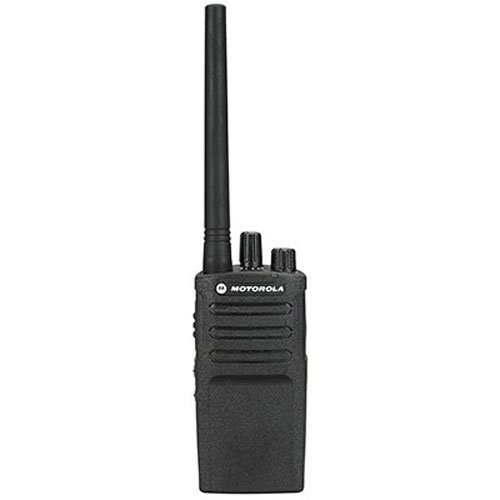 Most business two-way radios operate in the UHF frequency band. This makes them ideal for indoor use, but the problem is that their maximum range is somewhat limited. That’s where the Motorola RMV2080 comes in. It’s a VHF two-way radio that comes equipped with 27 exclusive business frequencies, easy-to-use programming software and other features that cater to companies and organizations.

If you’re involved in construction, logging or some other type of business that keeps your team outside most of the time, Motorola’s RMV2080 makes a lot of sense. Most two-way business radios operate on the UHF spectrum, but this one uses VHF. That means that you can expect better long-range outdoor performance out of it.

Kenwood made a name for itself in the market for car and home audio systems. The company lives up to its reputation with the Kenwood ProTalk, which sports an extra large speaker driver and five watts of transmission power. If crisp and clear audio is your main priority, this business two-way radio might be worth a closer look.

Few business two-way radios can compete with Kenwood ProTalk when it comes to audio quality. Its extra large, high definition speaker driver and five-watt power rating help it stand above the pack when it comes to communication clarity. The only major downside of the ProTalk is that it’s significantly more expensive than its competitors. 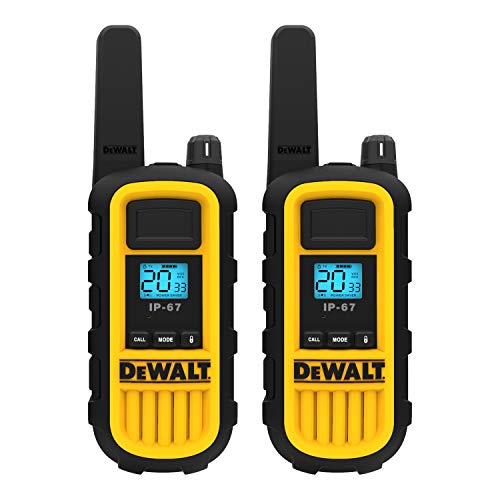 DeWalt’s DXFRS800 might not have some of the features that other business two-way radios offer, but it is tougher and less expensive than most other devices in its category. The main reason why it’s so rugged is the fact that its plastic shell is encased by a layer of protective rubber. For heavy-duty applications, it may be the best option.

Don’t let the DXFRS800’s low price lead you into thinking that it’s cheaply made. A layer of textured rubber around the casing not only helps you avoid dropping it, but also protects it if it happens to hit the floor anyway. It’s one of the only business two-way radios we’ve seen that comes with a lifetime guarantee.

In a work environment, sometimes it’s necessary to send a private communication to just one person or a group of people. That’s where private line features come in. Most business-oriented two-way radios let you set up discrete communication channels. The more private lines your two-way supports, the more flexibility you’ll have when you expand your fleet.

Squelch essentially filters out noise. If the signal isn’t strong enough– or if it’s just static caused by interference– squelch blocks it out automatically. Some squelch technologies allow for selective calling, which is a private line feature. XTCSS is the latest selective calling standard.

Your two-way radio’s IP (Ingress Protection) rating will tell you how well it resists dust and water. The highest IP rating you’ll find while shopping for business two-way radios is IP68. Two-way radios that meet that standard are completely protected against dust and can withstand long term water immersion.

Heavier two-way radios tend to have better battery life and more features, but they are also more cumbersome to use and carry. The lightest business two-way radios weigh less than a half a pound, while the heaviest ones weigh a pound or more.

Prices for deluxe business two-way radios start at $250. Some are equipped with high-end speaker drivers, robust warranties and other nice-to-have features. They’re often more powerful in terms of wattage than mid-range and budget two-way radios, as well.

Q: I live 25 miles away from where my business is located. Will a 50-mile two-way radio let me stay in touch with my employees?
A: Maybe, but you should keep in mind that you’ll need a straight path between the two devices. The curvature of the earth blocks two-way radio signals. Two-way radio manufacturers advertise the maximum range under optimal conditions. All kinds of factors, including weather, can cause interference.