It’s been said before, and it’ll likely be said many times again: texting while driving is an extremely dangerous thing to do. Even though everyone knows this, in practice the temptation to check a device while one is driving is sometimes too strong to resist. The reality is that the human brain just can’t efficiently divide its attention between a phone and the act of driving a car. Overwhelming statistics and scientific studies have proven this to be true– but many continue to multitask on the road anyway. The results can be deadly. In 2018, 2,841 motor vehicle crash fatalities resulted from distracted driving according to the National Highway Traffic Safety Administration.

Bluetooth headsets provide a much safer way to operate a mobile device while driving. They also come in handy in a wide variety of other situations, as well. If you’re currently using a standard phone to take calls at work, a Bluetooth headset will help you be more efficient and comfortable on the job.

Here are the best bluetooth headsets you can buy:

The most comfortable Bluetooth headset 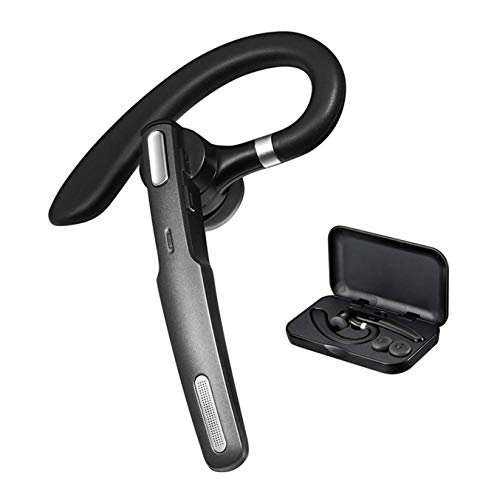 The best thing about iComtofit’s Bluetooth headset is its adjustable ear hooks, which are ergonomic, soft, pliable and best of all– reversible. That means that if your ears are sensitive to extended headset use, you can simply switch ears as needed. The efficient battery adds additional value. The average Bluetooth headset lasts about seven hours on a single charge, but this one gives you ten full hours of talk time.

The key feature to consider here is iComtofit’s unique ear hooks. Because you can adjust them to suit your preferences, this Bluetooth headset is more comfortable than most. You can even take off the hook and flip it around if you want to wear the headset on your other ear.

The Bluetooth headset with the most standby time

Don’t you hate it when you try to switch on a device only to find out that its batteries are dead? Since the Plantronics Marque 2 M165 can sleep efficiently for up to 180 days, it’s perfect for people who only need to use their headsets every once in a while– like on long car trips, for example. If you happen to lose it, you can use its convenient FindMyHeadset app to find out where you left it.

If you only need a Bluetooth headset for special occasions– like long road trips for example– Plantronic’s Marque 2 M165 makes a lot of sense. It’s very power efficient, plus there’s a handy FindMyHeadset app that you can use to find out where you left it if you happen to misplace it.

The Bluetooth headset with the best sound quality 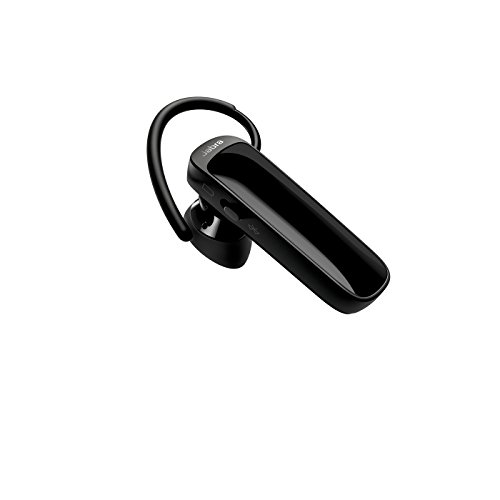 When it comes to sound quality, this principle is a good rule of thumb: the larger the diameter, the better the sound. Some Bluetooth headsets have drivers that are as small as eight millimeters. These tend to sound tinny and they aren’t very loud. The Jabra Talk 25, on the other hand, is equipped with 11-millimeter drivers. If sound quality is your main concern, the Jabra 25 might be worth a closer look.

The Jabra Talk 25’s extra large speaker driver is its main attraction. Some Bluetooth headset manufacturers try to save money by equipping their devices with eight millimeter drivers. The Talk 25’s 11-millimeter driver won’t blow your ears away, but it’s probably capable of outputting much better quality sound compared to the competition.

The best Bluetooth headset for outdoor use 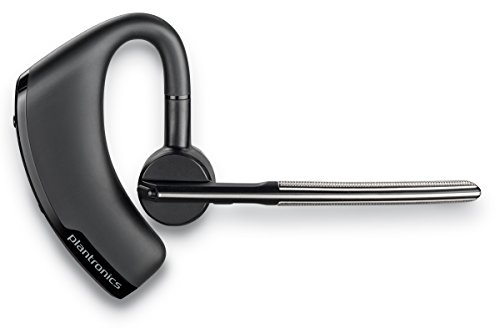 Most Bluetooth headsets are waterproof enough to resist sweat and light rain, but they sometimes break when put to the test in extreme weather conditions. The Plantronics Voyager Legend addresses this issue with P2i nano coating. P2i-brand waterproofing technologies have helped many electronics manufacturers create products that can survive heavy rain torrents, thunderstorms, spills and other similar incidents.

The most interesting thing about Plantronic’s Voyager Legend is that it’s equipped with a P2i waterproofing technology. This unique feature makes it more durable compared to competing Bluetooth headsets. The Voyager Legend’s metallic anti-wind feature and noise reduction algorithm are designed to help its microphone work more efficiently and the prominent mute button adds additional convenience. 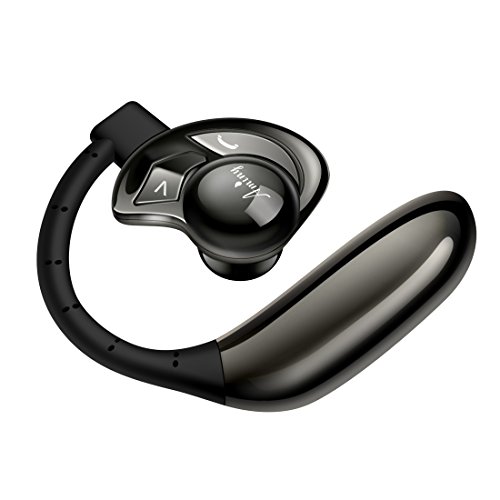 Don’t let Aminy’s Bluetooth headset fool you with its low price. This humble but surprisingly robust device seems to have a great reputation, perhaps due to its unique array of features. It comes with two batteries, which is convenient because it means that you can power up one while you use the other to take calls throughout the day. You can get up to 12 hours of usage out of each battery if you use the headset for music. If you use it for phone calls, each battery will last for about eight hours.

Aminy’s innovative Bluetooth headset is very reasonably priced and comes with two different batteries. This is convenient because it means that you can charge up one battery while you’re using the other. If you’re in the market for a high quality Bluetooth headset but you don’t want to spend a lot of money, this one could be your best option.

Before you buy a Bluetooth headset, you should consider what you’ll be using it for. Once you determine this, you’ll be better prepared to make a good decision. If you plan on using your Bluetooth headset outside, you may want to look for one that has built-in wind protection and a high quality noise reduction feature, for example. Comfort features will be more of a priority if you intend to use your Bluetooth headset all day while at work.

Some people are more sensitive to touch than others. If the thought of wearing a plastic hook all day makes your ear hurt, it may make sense to get a Bluetooth headset that can be worn on either ear. Some come with reversible ear hooks that allow you to switch ears, but others can only be worn on the left or right ear. In addition, some ear hooks are more adjustable than others.

Let’s face it: if you’re not impressed with the way your Bluetooth headset looks, you’ll probably stop wearing it after awhile– even if the audio quality is great and it’s so comfortable that you don’t even notice that you’re wearing it. The first Bluetooth headsets that came out were somewhat chunky and awkward looking, but designers have come a long way since 1999.

This consideration may come into play if you intend to use your Bluetooth headset all day while you’re at the office. Most Bluetooth headset batteries will last for about seven hours before they need to be recharged. The most energy efficient ones, however, can support ten hours of continuous use.

Car chargers and charging ports are the two most common accessories you get when you buy a Bluetooth headset. Since all new Bluetooth headsets are compatible with the microUSB standard, you don’t actually need special charging accessories like these, but they are nice to have. Some Bluetooth headset manufacturers provide an extra battery in the box. This gives you the option to charge one battery while you use the other one.

Typical Bluetooth headsets have a single microphone, but some are equipped with two. Dual microphone devices tend to be more sensitive and accurate.

If you intend to use your Bluetooth headset outdoors, you’ll definitely want to look up its Ingress Protection (IP) rating before you commit. Most Bluetooth headsets can resist light sprays and sweat, but some are sturdy enough to resist pressurized water sprays and/or water immersion.

The least you can expect to pay and still receive a good quality Bluetooth headset is $25. At this price point, Bluetooth headsets generally have shorter ranges and less features compared to mid-range and high-end devices.

If you’re willing to spend about $50, you can find Bluetooth headsets that come with features like improved speakers, dual microphones for extra accuracy as well as support for the energy efficiency improvements that were added in Bluetooth 4.

Premium Bluetooth headsets typically cost around $75. Along with all the feature improvements you get with mid-range devices, you can also find features like upgraded waterproofing, extended battery life and advanced noise cancellation.

Q: What are the main differences among the newest Bluetooth versions?
A: Bluetooth 5 is the newest version of the inter-device communications network. It came out in 2016. Devices that support it use energy more efficiently and can communicate from longer distances. Bluetooth 4 debuted in 2010. It introduced low power mode and improved Bluetooth’s maximum bandwidth. Bluetooth 3, which came out in 2009, dramatically increased the speed of Bluetooth but turned out to be a poor performer in the area of power conservation.

Q: Is it safe to use a Bluetooth headset while driving?
A: Any type of technology can cause a distraction. However, Bluetooth headsets are relatively safe– that’s why none of the states have laws against them. The only exception is New York City, which prohibits taxi drivers from using any type of cellphone technology while they’re working.